The recent appointment of Satya Nadella as the CEO of Microsoft and the euphoria surrounding his Indian roots was quite intriguing. While most of them took pride in it a
few felt that it was a “slap in the face of India’s education system “. This stirred me to read up about the Indian education system and I was baffled after reading a few of the
facts! India is amongst the bottom-most countries in International Student Assessment tests like the PISA (73rd out of 74 countries) and fares worse than countries with
one-third its economy. While the government effort has increased enrolments in elementary schools the quality of education imparted remains lackluster. Add to this the
infrastructure issues and a shortage of teachers! Is it time we revamp the conventional marks-oriented education system and replace it with a dynamic, value-based and
knowledge driven system?
The upcoming 16th Lok Sabha election has been fascinating in many ways. While the Congress faces its toughest challenge in recent times
in what many term as the “Modi Wave “, we have seen people leaving their coveted and successful corporate careers to join politics. But
what is most interesting is the emergence of the Aam Aadmi party into the national scene. While the AAP has seen a great deal of support,
it has also had its fair share of criticism. While there is a lot of skepticism about whether AAP will have any sort of impact at all in these
polls, it surely has succeeded in posing a debatable question. Is there a need to revamp the political system totally by overthrowing the
existing National parties or will an NDA led government be able to set right the crippled political and economic scenario in the country? 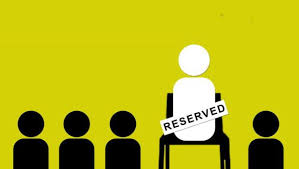